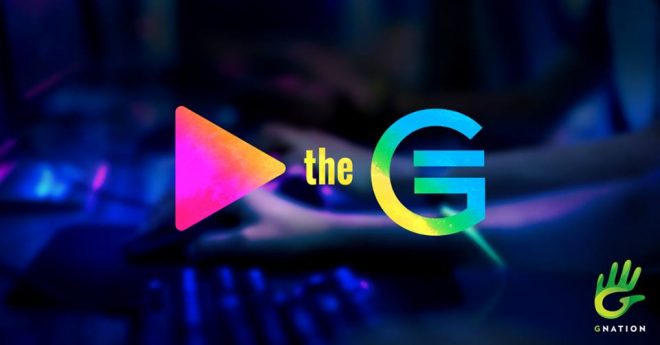 GameCredits (GAME) is a cryptocurrency project that wants to become the single payment solution for the online gaming industry.  On the project’s website, the team’s mission “is to become the universal currency for 2.6 billion gamers worldwide, to empower game developers both big and small in order to further grow the 100 billion dollar gaming industry, and to accelerate the wide adoption of decentralized cryptocurrencies as a better alternative to government-issued fiats.”

Under GameCredits model, developers and players take priority over vendors, distributors, and other middlemen.  The team hopes that, by becoming a universal gaming currency, GAME will liberate the gaming landscape from uneven profit distribution.  They also want to even-up the competitive e-sports landscape with MobileGo, a utility token tied to GameCredits. It’s their hope that MobileGo will foster an e-sports culture where revenue is driven by gamer participation, not big sponsors, and encourages wider competitive participation among the world’s gaming population.

At its core, the GameCredits ecosystem focuses on bringing a more convenient gaming experience to players and producing a more equitable revenue model for developers.  For gamers, the currency aims to provide:

In essence, gamers will have an all encompassing payment method for all their favorite games, one that encourages accessibility and security.  GameCredits could potentially offer developers a wealth of benefits, as well, including:

For developers, GameCredit’s main focus is equitable, quick payout.  As opposed to the industry standards set by Apple and Google Play, GameCredits will only take a 10% fee for any game sold on its marketplace, GPlay.

Speaking of GPlay, GameCredits has a handful of products and iterations that are helping the project and its team to fully realize their vision. These products comprise the backbone of GameCredit’s multifaceted ecosystem, and they include:

GNation: “Every third human is a gamer,” GameCredits’ website states, and GNation is looking to unite these gamers from around the world into a single community.  Thus, GNation will serve as a borderless gaming nation-state that brings together developers and players from all walks of life.

GameGG: This project is still in the works, but essentially, it will be an online, competitive e-sports platform.  With it, any gamer be s/he amateur or pro can matchmake and play against other players on the platform, either with monetary stakes or without.

GWallet: The cryptocurrency wallet that players can use to store their GAME, pay for in-game purchases, or use it for online e-sports matches.

GExchange: Still under development, the GExchange will feature crypto and fiat pairs for GAME coin.

GShare: GNation’s charitable extension, one that the team hopes will extend GameCredit’s impact outside of the crypto and gaming realms.

The “close cousin” of GameCredits, MobileGo (MGO) is the ecosystem’s tokenized solution to mobile gaming.  MobileGo is to smartphone, tablet, and mobile games what GameCredits is to the entire video game landscape: an attempt to unite gamers and developers under a single currency and platform.  Interestingly, token allocation is split between the Ethereum and Waves blockchains, as MGO was built to run on either network.

Players will be able to set up a MobileGo profile, and like a gamified credit score, users will have a social status based on online interactions (be they positive or negative), game history, and referrals.  Registered users will be awarded MobileGo tokens for reaching reputation thresholds, kinda like earning experience points and leveling up. These tokens can then be used for incentives programs, such as in-game content discounts, VIP passes to tournaments, and more.

Platform users will also be able to host decentralized gaming tournaments through MobileGo.  Unlike professional e-sports tournaments, these events will be open to players of all skill levels for any mobile game registered in the GameCredits app store.  This will break down the barriers that professional e-sports have mounted for amateur gamers, giving anyone the chance to earn MGO in a global, decentralized tournament environment.

MobileGo will also feature a marketplace for in-game virtual items and goods.  The marketplace will allow users to trade cross-game items for MGO directly on the platform.

The GameCredits Team and Roadmap

GameCredits sports a team of seasoned gamers–bonafide gaming nerds who have been in the industry for years.

The project’s CEO, Sergey Sholom, has a Ph.D. in mathematical modeling and founded Datcroft Games Ltd. in 2004.  He’s also responsible for creating Pixel Wars, one of the first games listed on GameCredits’s GPlay store.

Another Ph.D., product director Maxim Sholom brings over 12 years of gaming experience to the team.  He’s helped produce such successful games as Get the Gun and oversees the development of the GameCredits Mobile Store.

Currently, the only roadmap available is on the project’s whitepaper.  Most of the milestones have run their course, but it does indicated that the team plans to focus on integrating decentralized matchmaking and decentralized tournaments in Q1 of 2018.

GAME’s most popular market is BitBay, where 33.80% of its 24/hr volume has come from fiat pairs with the Polish Zloty. By order of volume, the next most active markets are Bittrex, Poloniex, and Bit-Z, all of which offer BTC/GAME pairs. Interestingly, there are no ETH markets for GAME.

And understandably so.  A cryptocurrency payment option like GameCredits could provide gamers with easier deposit and purchasing options, and a blockchain network would give their funds greater security.  For developers, GameCredits would permit faster payout times and more evenly distributed profits from game sales.

GameCredits provides these solutions, so the only trick now is adoption.  I can’t tell you if the global gaming world will come to accept GAME as its universal currency, but I wouldn’t be surprised if cryptocurrencies in some form became the standard payment method for the industry in years to come.