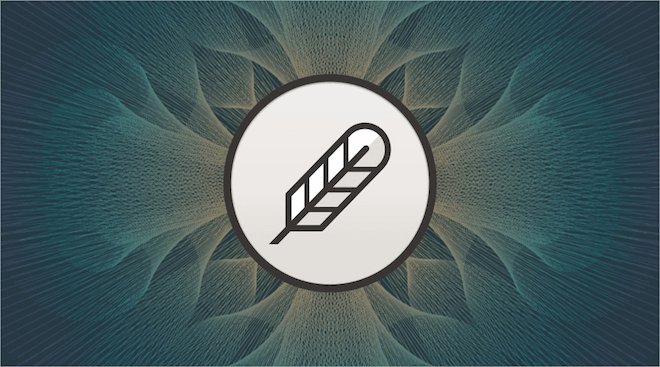 Po.et is an Ethereum-based, universal ledger designed to track ownership and attribution for the world’s digital creative assets.

In today’s age of instant information exchange, licensing processes and accreditation have become a huge pain point for digital content creators. In a simple click, anyone can copy your picture or paragraph and repost it as their own. If they do seek proper licensing, it can be a highly labor-intensive task, requiring multiple emails and lawyers. Oftentimes, this process is simply not worth it for an article that took a journalist just a couple of hours to write.

Po.et has made it their mission to address this problem by creating the first platform that uses the blockchain to digitally timestamp content and serve as a single source for licensing information.

How Does It Work?

Po.et uses “Proof of Existence”, the first non-financial application of the blockchain. When you add something to the Po.et marketplace, it’s given a unique “fingerprint” that can’t be altered, tampered or edited after being assigned. Thanks to the blockchain, the “fingerprint” has no single point of failure and the content needs no 3rd party or publisher to gain access.

On top of offering an immutable certificate of ownership, Po.et also aims to be a platform for creators to be discovered. You can add your digital content to different marketplaces to be featured and properly licensed. The marketplaces use Po.et’s token, POE, to uniquely incentivize members to add and fairly rate relevant content.

As a member on the Po.et platform, you can create your own marketplace and make it as broad (ie. photography, poems, memes) or specific as you choose (ie. pictures of walruses in birthday hats, songs about climbing rocks in Colorado, etc.). You can then specify the voting terms, requirements, and amount of POE new contributors need to stake to apply to join. The more quality content in a marketplace, the more valuable the marketplace becomes. This incentivizes members to only accept quality, relevant submissions and reject the unfitting ones.

This staking process should incentivize you to only submit relevant content as you’ll lose your coins if not. So, don’t submit pictures of “dogs in sun hats” to “walruses with birthday hats” – the community won’t accept it.

Additionally, if someone submits content to a marketplace that you believe has been plagiarised, you have the ability to “challenge” the submission. Using the unique fingerprints assigned to each document, members can vote to accept or reject the challenge. If the challenge is approved by the majority of the members, the new content is removed from the marketplace.

POE is the ERC20 currency used on the Po.et marketplace. At the time of launch, it’s three main uses, as described by the Po.et team are:

As the network matures, the founders hope that POE can serve as the economic incentive behind Po.et’s need to promote quality, curated content on their trustless platform.

Po.et was conceived within BTC Media, a publishing and marketing firm that focuses on the blockchain space. BTC Media co-founder, Tyler Evans, was frustrated with the labor-intensive process associated with licensing content and attributed it largely to “not having a single source of truth about licensing information.”  There are currently 10 core members on the Po.et team including CEO Jarrod Dicker who previously served as the president of innovation and commercial strategy at The Washington Post.

The development of Po.et has been separated into three phases: The Rosetta Era, The Guttenberg Era, and The Alexandria Era.

The Rosetta Era began in June 2017. Most notably during this time, Po.et released their ICO and raised $10 million dollars from the token sale. Using these funds and their seed round, Po.et was able to launch their public test net and integrate their first publishers onto the platform. WordPress users were officially able to timestamp and keep an updated log of all of their written work.

Po.et has officially entered the “Guttenberg Era”. According to their roadmap, Po.et will unveil their licensing marketplace in the upcoming months. This marketplace will integrate 20+ established publishers and allow creators to begin hosting their written content. As well as facilitating discovery, the marketplaces will accommodate creative licenses and allow for payments to content creators through frictionless payment channels.

The final era of development will be open to all interested users and begin supporting images and videos in the marketplace.

Launched in August 2017, POE is still a relatively new token. The current market price is about .0000053 BTC, less than 1/4th of it’s January 2018 high of .000017 BTC. While it suffered major blows in the overall crypto market pullback early this year, the team has remained focused on their product and roadmap. It will be interesting to see if the price can recover and continue to grow as the project matures.

Where to Buy POE

Today, POE can be purchased on a number of popular exchanges including Binance, Bittrex, OKex, and EtherDelta.

Where to Store POE

Because POE is an ERC20 token, you need to store it in a wallet with ERC20 support. The recommended option is a hardware wallet like the Ledger Nano S.

If you don’t want to shell out the cash for a hardware wallet, you can use Exodus wallet for free.

Po.et is a shared, universal ledger designed to track ownership and attribution for the world’s digital creative assets. While the project is still very young, they’ve already made a splash in the blockchain ecosystem. With a series of positive key hires and a well-thought-out, and so far, well-executed roadmap, this team looks poised to take Po.et far. If the team succeeds, they aim to bring the media and publishing industry into tomorrow’s Internet of Value.